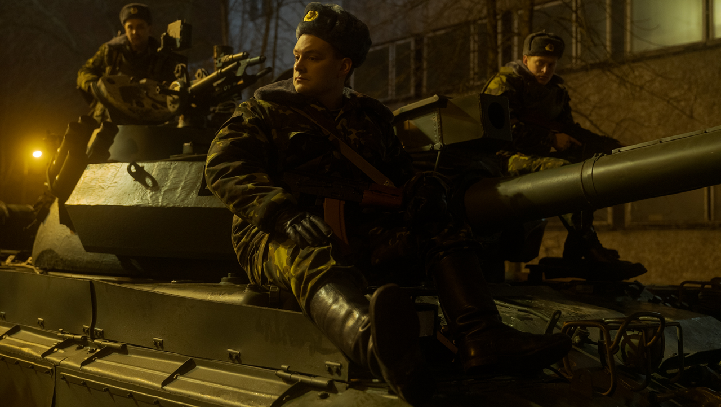 Local residents and campaigners demonstrate against the imprisonment of women at Derwentside Immigration Removal Centre.

Women are being held in Derwentside detention center without access to justice. Unlike in other detention centers where men are detained, women at Derwentside are only able to access legal advice over the phone. This can have severely damaging consequences for women in detention. It can result in delays in release from detention, their credibility being questioned in asylum and trafficking cases, and inaccurate or incomplete legal advice. Women for Refugee Women are taking the Home Office to court to challenge the practice of locking up women without access to justice (3).

This new detention center is located less than 30 minutes away from Durham City Center. The opening of this facility goes against, and completely undermines, Durham’s ‘City of Sanctuary’ status, and proud history of welcome, inclusivity and equality. The location of the protest, Palace Green, is home to the famous Durham Cathedral’s’Sanctuary Knocker‘. Anyone who used the ‘Sanctuary Knocker’ would be offered respite, food, drink, bedding and other necessities.

At no point were local people consulted about the potential uses of the site. They have expressed disappointment and anger that the location of the former Medomsley Detention Center has been reopened as another site of misery, prolonging the terrible history of abuse, violence and trauma associated with its existence. Many locals have joined forces with individuals who have experienced the hostile immigration environment to campaign against the opening and existence of Derwentside Immigration Prison.

The timing of demonstration is particularly important given recent announcements of the extension of the detention regime overseas. The Migration and Economic Development Partnership with Rwanda is cruel and inhumane and will subject those seeking sanctuary to further harm and abuse.

Here are the words of individuals who will all be speaking at the demonstration:

Agnes Tanoh, Detention Campaign Spokesperson at Women for Refugee Women who started a petition against the new detention center that has been signed by over 16,700 people, says:

“I know how detention destroys a woman, because I was locked up for over three months at Yarl’s Wood detention center, before the Government accepted that I am a refugee. I witnessed the suffering of vulnerable women while I was there.

The Government promised to reduce its use of detention because of the harm it causes, but they broke this promise by opening Derwentside detention center – the first one to open in over 7 years.

I don’t want more of my sisters to be locked up like I was, I want them to be treated with love.

Protestantism is an act of solidarity. Together we have one strong and loud voice! ”

Mary Kelly Foy, Member of Parliament for the City of Durham:

“I am fundamentally opposed to the detention of vulnerable refugees. Instead of this dehumanising process, I echo the call of human rights activists that asylum claims should be resolved in the community without the trauma of detention.

Margaret Owen OBE, a Human Rights Lawyer with a special focus on the rights of women and girls as well as asylum seekers and refugees, says:

“These detentions are not just utterly unlawful, violating international human rights and humanitarian laws and of course the 1951 refugee convention, but they are so callous, so cruel that I would define them ss torture.

Priti Patel makes me ashamed to be a UK citizen since her actions have so damaged, belittled our standing and reputation in the world. These women need to be looked after, cared for with compassion, gentleness and given access to specialist services to help them manage the trauma did their experiences fleeing violence to get here. We should be protecting them, not punishing them. The question is not how they got here. But why ”

“I have been a campaigner for Refugee rights since I was 15 years old, and well known as one of the Glasgow Girls. I came to this country seeking sanctuary with my family. As the Glasgow Girls we campaigned to end child detention and saved our friend from deportation.

I find it difficult to see women being locked up like criminals. I am against detention and as a taxpayer, I do not want our government to spend money on cruel practices against refugee women. ”

“Fundamental rights and freedoms are being eroded every day & the proposed detention center represents a devastatingly degrading way of dealing with women who need support and care.

Speaking out is a way of growing awareness and solidarity. I often feel helpless about the injustices I see everywhere — but then I remember words and gathering can spread hope. ”

“I am a former refugee from Afghanistan and have been campaigning and raising awareness about refugees, creating a positive discussion about asylum and protection.

I am coming to the protest because of this cruel, injustice and inhuman decision to build a detention for refugees, let alone for women. I am angry, frustrated, with this racist and hostile policy of detaining asylum seekers, especially women. I want to add my voice to the demonstration that this is not welcome and not in our name. We need to welcome refugees, not imprison them. ”

In addition to this national protest, local groups including No To Hassockfield, Durham People’s Assembly and Abolish Detention – Hassockfield, continue to hold monthly demonstrations at the site itself on the third Saturday of each month. / ENDS

The national demonstration will take place from 12-3pm on Saturday 14 May 2022 at Palace Green, Baily Court, Durham, DH1 3EP. Speakers may be available for interviews on the day.