In a tiny Texas town called Utopia, a sign at the entrance to its only school warns that staffers are carrying guns – a measure designed to prevent shootings like the one that left 19 kids and two teachers dead down the road in Uvalde.

Utopia is a speck on the map in the giant Lone Star state, a hamlet of 200 people tucked away among hills and fields. It’s just a few streets, its main drag boasting a handful of stores and not much else.

Like people elsewhere in Texas, the United States in general and even around the world, its citizens are still trying to digest what happened 50km away on Tuesday when a teenager shot up Robb Elementary School in Uvalde before being killed by police.

It was the latest in a particularly bad stretch of mass shootings in the US and the deadliest US school massacre in a decade.

“There is no 100-percent-of-the-time way to stop those type of things from happening,” said Michael Derry, who has led the Utopia School District since 2020.

The only school in town has children ranging from pre-school through secondary school.

“But I think this is a huge deterrent when you know that there’s people in here that are armed and we’ll do whatever is necessary to protect our children,” he said.

Texas, where affinity for firearms is deeply ingrained, began letting school teachers and staff carry guns in 2013 and dozens of schools have embraced the policy.

This defense measure is once again part of a frantic national debate on how to halt the unthinkable – children being shot in their classrooms. 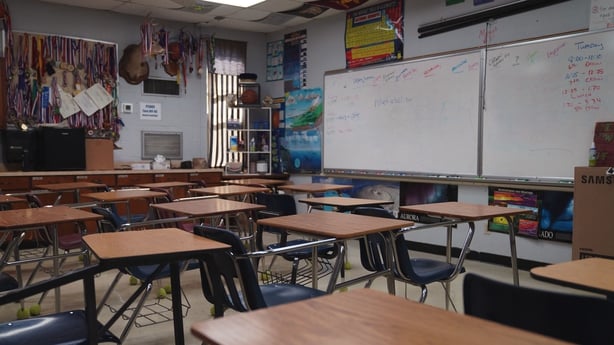 In Utopia, teachers or other staff who want to carry guns on the job must present an application and have a firearms license. The school board then does a background check before deciding, said Mr Derry.

He said this policy is also a way to offset the lack of law enforcement personnel in the area.

“We are very secluded in the northeastern corner of the county. And now the sheriff’s department is very tied up in the southern part of the county, with the folks who are coming across the border” with Mexico, Mr Derry said.

“So it takes a minimum of 25 or 30 minutes for us to be able to get law enforcement here. It’s too late,” he added. 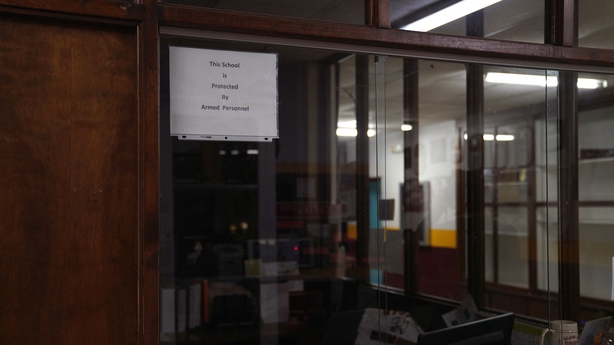 In a classroom with a glass case showing off school sports trophies, science teacher Bryson Dalrymple, tears up thinking of the shooting rampage in Uvalde, where he grew up.

“It’s heartbreaking and it makes me scared for the kids,” said Mr Dalrymple, who is also the school’s head of security.

He said that having teachers armed is a way to “eliminate the problem before it gets worse.” 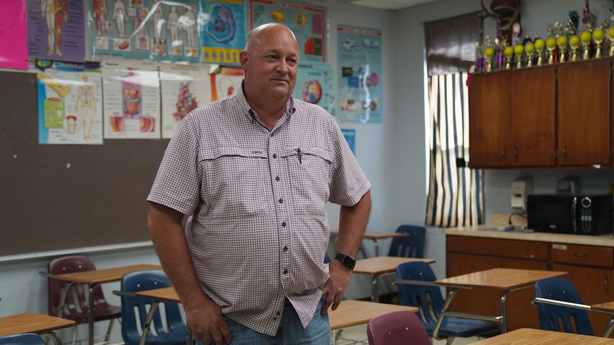 Texas attorney general Ken Paxton went on Fox News on Tuesday after the Uvalde massacre and said more schools should arm their staff.

“We can’t stop bad people from doing bad things,” he said, echoing the pro-gun rights argument that rogue people are to blame for mass shootings, rather than the ease with which you can buy a gun in the US.

“We can potentially arm and prepare and train teachers and other administrators to respond quickly. That, in my opinion, is the best answer,” Paxton said.

“Bringing more guns into schools makes schools more dangerous and does nothing to shield our students and educators from gun violence,” NEA president Becky Pringle said in a statement this week.

“We need fewer guns in schools, not more. Teachers should be teaching, not acting as armed security guards,” she added.

Sugar Bennett, whose son Jason goes to the Utopia elementary school, said that at first she opposed its policy of arming teachers but changed her mind as she saw mass shooting after mass shooting in the United States. 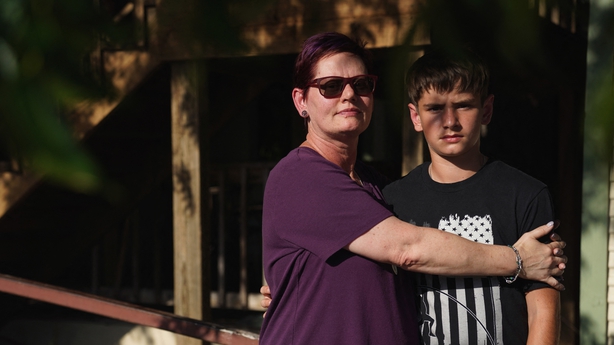 “It makes me feel safer,” said Ms Bennett, sitting in Lost Maples, one of the few restaurants in Utopia.

Sitting across from her, Jason said he supports teachers carrying guns, especially after the tragedy in Uvalde.

“They’re experienced enough with weapons that they can protect us,” Bennett said.

A few blocks from the restaurant, back in the classroom full of sports trophies, Mr Dalrymple said he would do anything to protect his students.

“The kids here are just like my own. And if something bad ever happened like that, I would give my last breath to defend those kids,” he said.