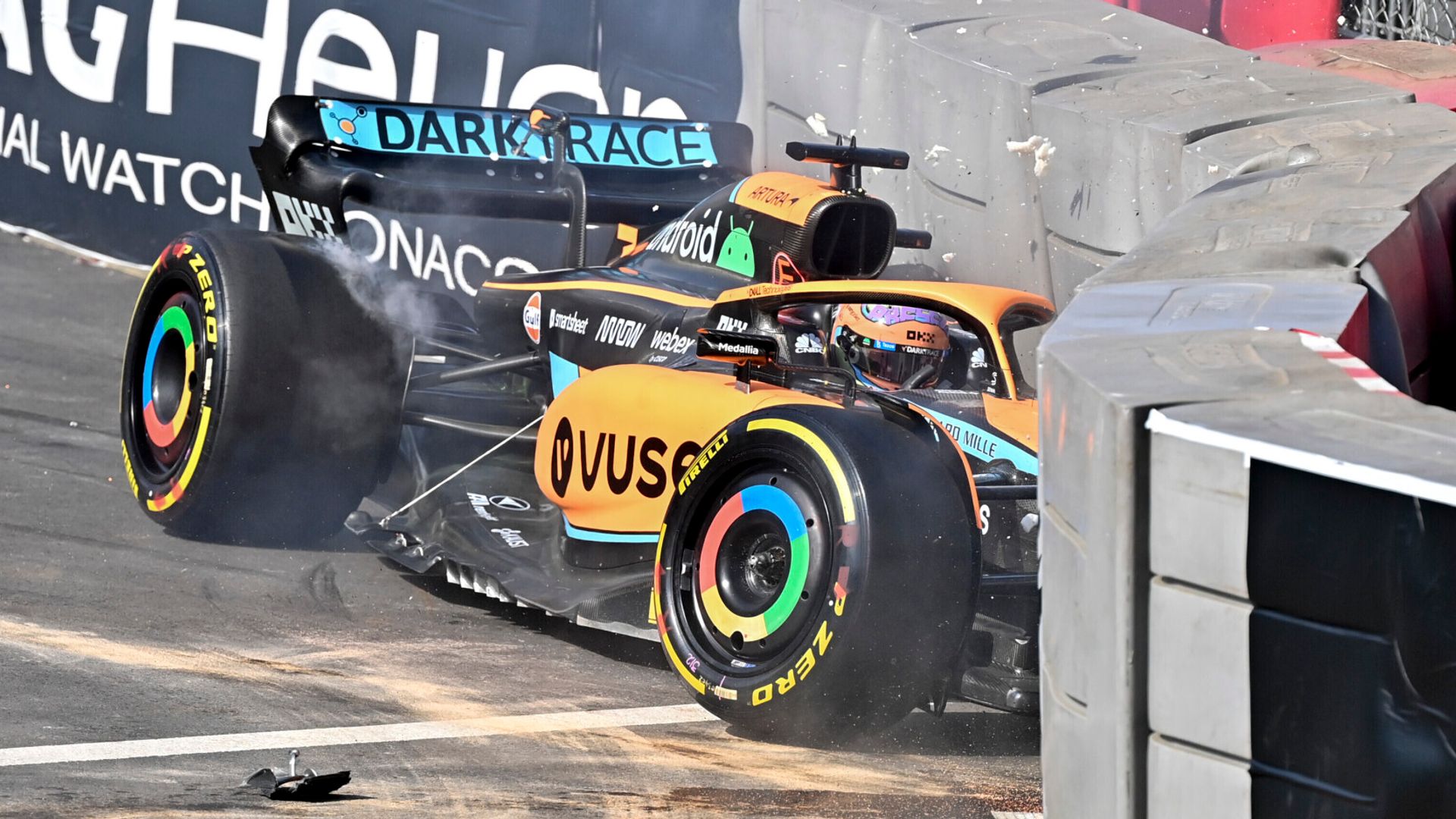 Everything Announced At The Nintendo Indie World Showcase


Nintendo dropped another Indie World showcase earlier today, and as you might expect, it came complete with a number of exciting indie announcements for games coming to the Switch. Still no Hollow Knight: Silksong news, mind you.

What did Nintendo announce during the Indie World showcase?

Whether you’re a fan of platformers, rhythm-action games, or narrative adventures, the Nintendo Indie World showcase had something for you. Unfortunately, a Hollow Knight: Silksong release date is still TBA, as we did not get any news about the long-awaited Metroidvania sequel during today’s presentation. With that said, there was still plenty of stuff to sink your teeth into, so let’s take a look at everything announced during today’s Nintendo Indie World showcase.

First up, creature-collecting farming sim Ooblets is coming to Nintendo Switch this summer. You’ll be able to build up a farm, befriend the townsfolk, and customize your Ooblets with a variety of different cosmetic elements.

This fast-paced action RPG combines twin-stick shooting mechanics with RPG storytelling. It promises a non-linear story in which your choices will shape the fate of the universe and its inhabitants. It’s coming to Switch this fall.

Billed as a rhythm-action dungeon crawler with elements of looter-shooter gameplay, Soundfall features more than 140 songs to blast enemies to, as well as a variety of gear and items to pick up. It’s heading to Switch later today. 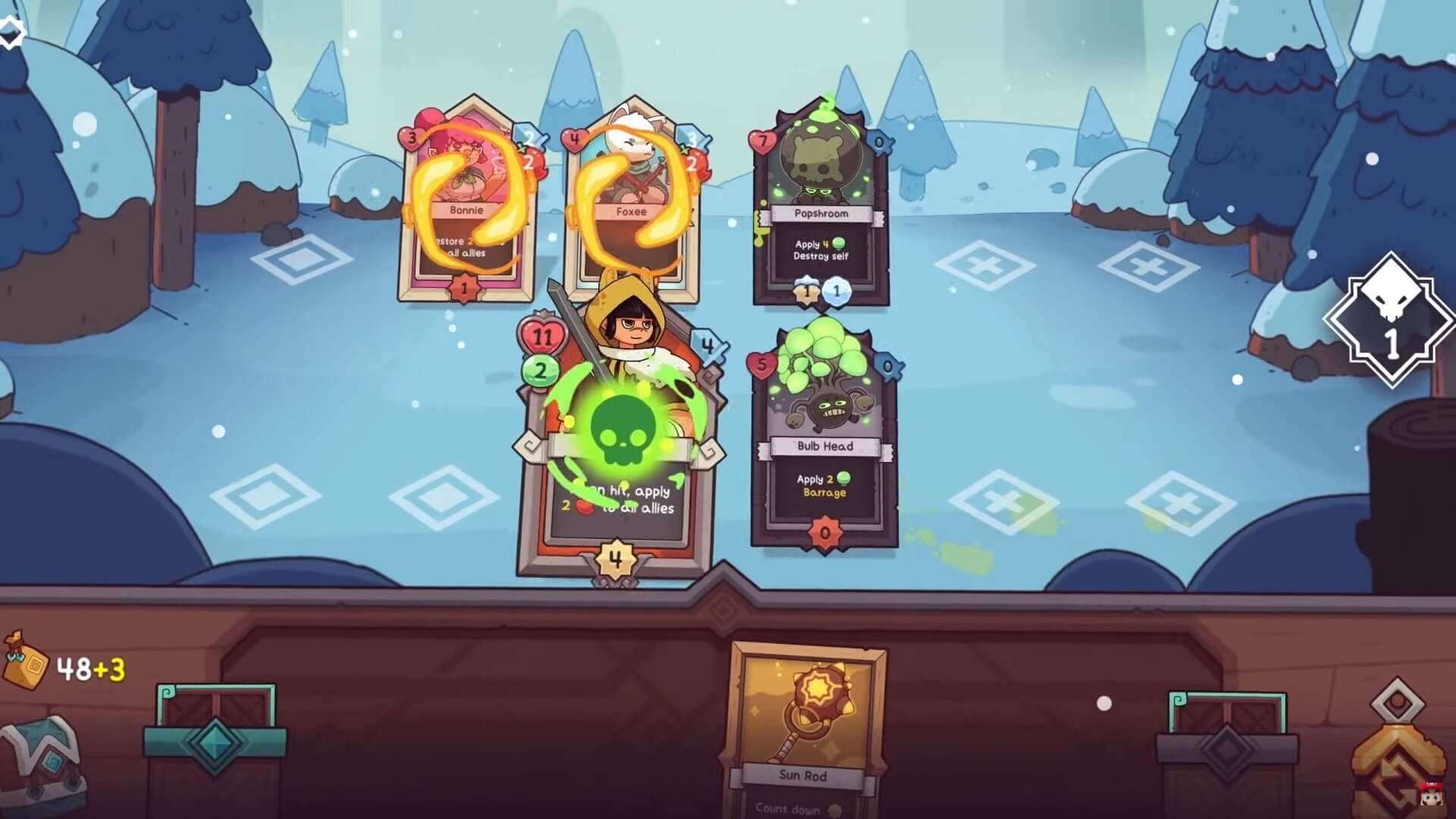 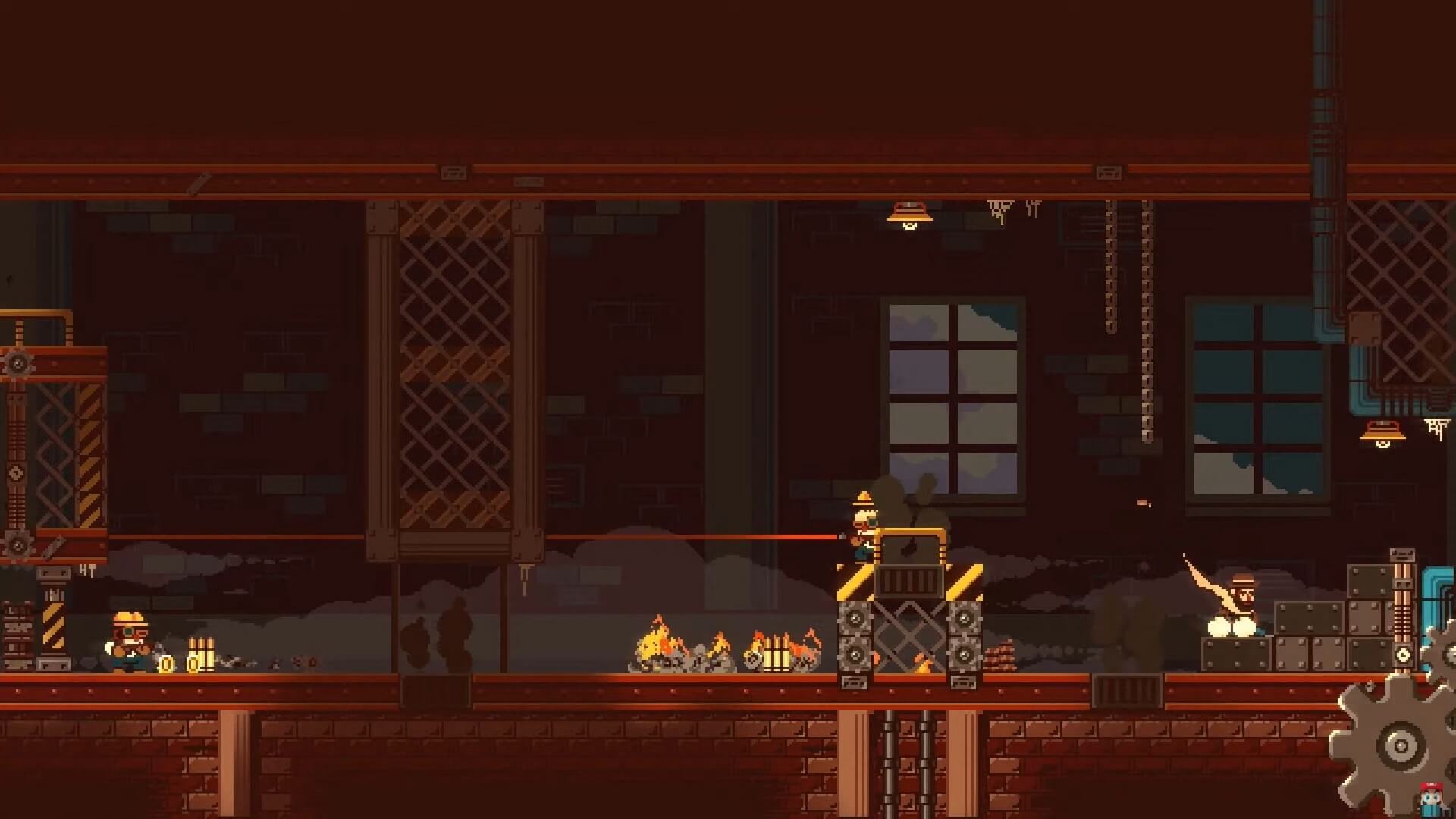 With a name like Gunbrellathere was almost no way this new noir-punk action-adventure game from Gato Roboto developer Doinksoft would not be published by Devolver Digital. It’s hitting the Switch sometime next year.

And now for something a little different. We Are OFK is a narrative adventure game with interactive music video elements, and it’ll follow the lives of indie pop band OFK. You’ll be able to see whether the experiment pays off this summer. 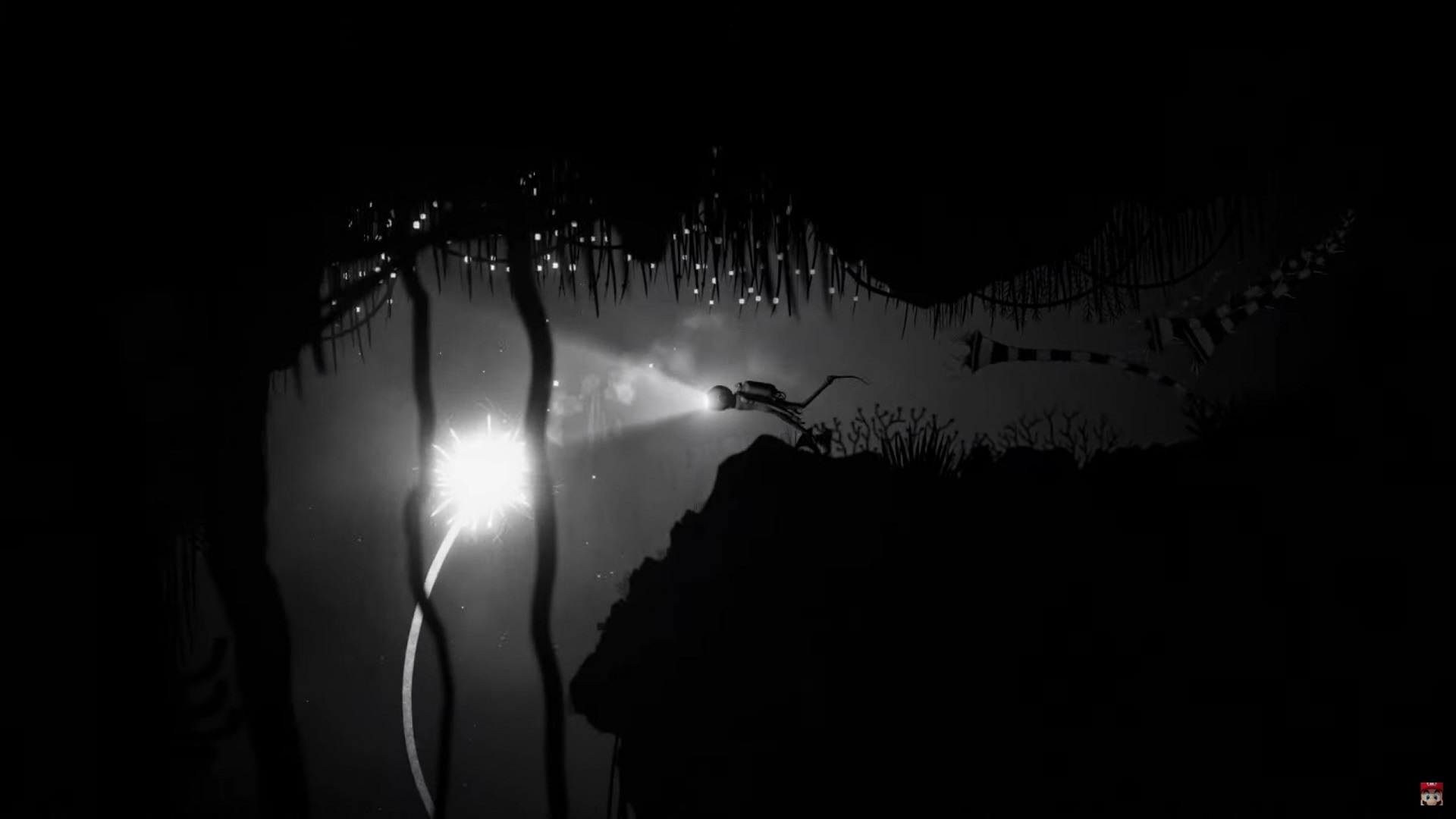 If you like Aquariayou’re bound to love Silt. It’s a similar-looking underwater adventure game with a strong monochromatic aesthetic and an emphasis on sea creepy-crawlies. It’s breaking the surface on Switch this June.

Mini Motorways has already been out for quite a few months on other platforms, but it’s coming to Switch later today, so you can experience the meditative qualities of this charming little road-based puzzler on the go. 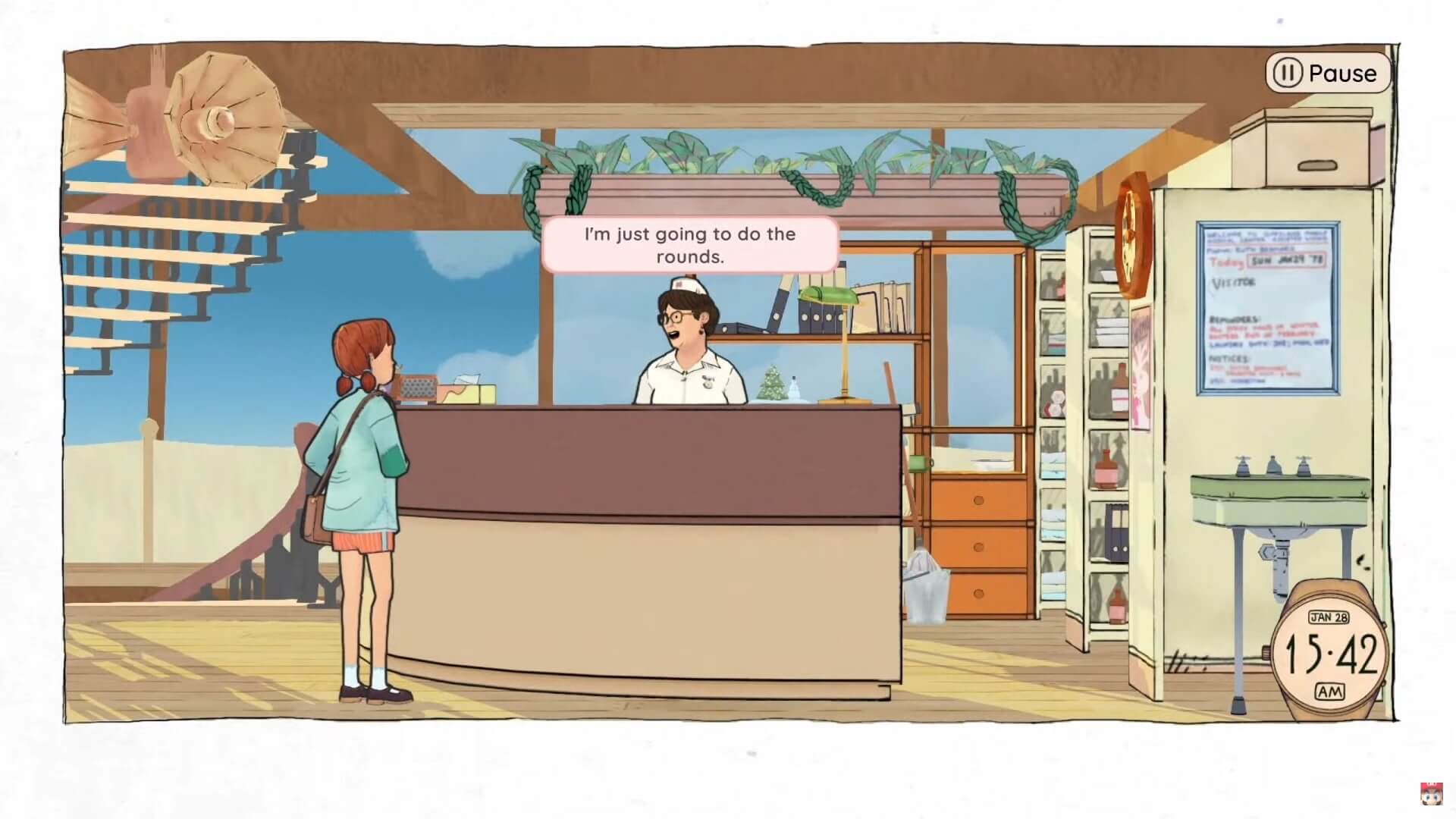 This is a rather intriguing-looking adventure game in which you play as a journalist in 1970s rural Australia. You’re aboard a flying hospital, and you can listen to the stories of patients and staff unfold around you in real time. It’s arriving on Switch on July 21st.

Cult of the Lamb

We got a look at the upcoming roguelike-city builder hybrid Cult of the Lamb during today’s presentation. You’re an adorable lamb, and you must save potential followers from enemies, then build structures and provide food for them. You can check out our preview here to see what we thought of an early build. It’s coming to Switch later this year. 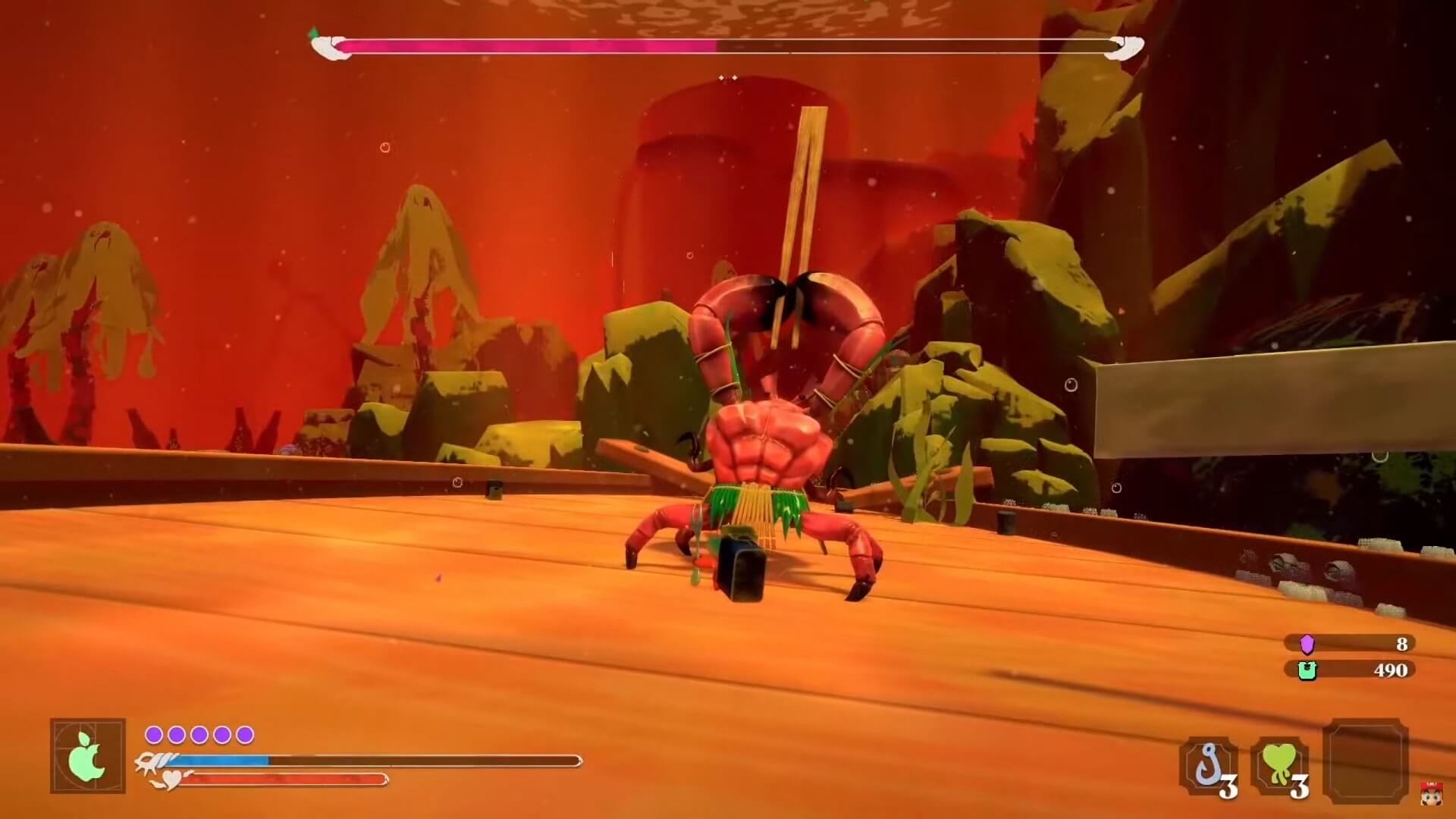 Do you feel like most Soulslikes are a little too dour and dark for your liking? If so, then cartoony action RPG Another Crab’s Treasure could be the game for you. Next year, you’ll be able to battle a variety of challenging enemies and wear more than 50 different shells to repel your attackers.

The presentation closed with a sizzle reel showing off a number of indie games on their way to Switch. Here’s everything revealed during that sizzle reel.

That’s it for today! As you can see, there’s nothing as big as there might be during a conventional Nintendo Direct like the one that aired in February, but there are some very neat indies on display here nonetheless. We’ll bring you more on these games, including any potential release dates or further info we learn, as soon as we get it. If you’ll excuse us, we’re off to stand forlornly outside Team Cherry’s offices and cry until they give us more Silksong info.