VANCOUVER, CANADA – The Canadian government is amending its criminal law to include any crimes committed by citizens who one day go to the moon.

While the move seems far-fetched, experts say that because of the growing interest in and feasibility of space tourism, countries should start thinking about how crimes committed in space will be adjudicated, and they suggest the coming Canadian legislation could become a model for others countries.

Legal procedures are already in place to deal with crimes committed aboard the International Space Station, which is divided into different sections controlled by individual countries.

If two Americans were involved in a crime in the American part of the station, it would be prosecuted under US law. If an astronaut of one nationality was accused of a crime against one of a different nationality, the two countries would have to negotiate which would prosecute or possibly extradite the suspect.

Now Canada is looking beyond the laws governing low Earth orbit and considering legal scenarios on another celestial object – in this case, the moon. Language buried deep within the 443 pages of this year’s budget implementation bill stipulates that any Canadian crew member who commits an offense in space is deemed to have committed it in Canada.

Steven Freeland, a professor emeritus of international law at Western Sydney University in Australia, says current laws on the space station will not work for something more complex, such as a lunar settlement.

Freeland, who has been involved extensively with space law for several years, told VOA that Canada’s action has created interesting questions about rights and obligations because space travel now includes tourists going into orbit and – one day – possibly staying on the moon.

He says new laws are needed that will apply to every person, regardless of their earthly nationality.

‘And it’s not just about murder,’ Freeland says. ‘It’s about, you know, those people might want to get married. (Under) what law did they get married? Those people might want to have children. You know, what nationality, you know, what is the nationality of the child and etc., etc. … as those quote-unquote ‘settlements’ become more and more sophisticated?’ 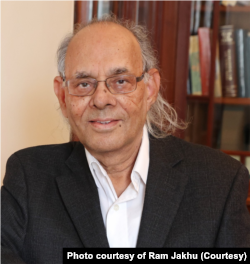 Professor Ram Jakhu, acting director of the Institute of Air and Space Law at McGill University in Montreal, says that as technological advances make space travel more common, laws must reflect that reality.

‘The technology is being tested. It is becoming safer. I think five, six years, and here you will see a number of people going to space for all kinds of things – for tourism, for, you know, having lunch or dinner somewhere. There are honeymoons or manufacturing of some products, ‘he said.

‘And those things are going to happen. And this is no more science fiction. That is for sure. ‘ 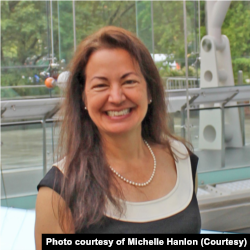 Michelle Hanlon, co-director of the Center for Air and Space Law at the University of Mississippi School of Law. (Photo courtesy of Michelle Hanlon)

Michelle Hanlon, co-director of the Center for Air and Space Law at the University of Mississippi School of Law, says the original international treaties concerning outer space were designed in the 1950s and were less about human space flight than about assets such as satellites. The Canadian amendment is a reminder to space-bound humans that earthly laws follow them, she says.

‘And so, to just sort of reinforce the fact that as a Canadian, and soon Americans will probably do the same thing, and then it will probably be a requirement in order to join Lunar Gateway,’ a US-led international project to establish a space station in lunar orbit that can serve as a launching pad for exploration of the moon and deep space.

‘You know, just a reminder, you’re human, but all of these laws still apply to you. Your laws will follow you into space, ‘Hanlon said.

Canadian Minister of Justice David Lametti was unavailable for an interview, but in a written statement, his office called the new amendment a response to a bilateral memorandum of understanding between Canada and the United States over the Civil Lunar Gateway Initiative. It said the amendment is required to ensure that Canada’s criminal jurisdiction can also apply to the country’s Lunar Gateway crew members.

The National Aeronautics and Space Administration is working towards an unmanned Orion capsule lifting off to the moon on top of the Artemis 1 rocket this summer. The first crewed mission is scheduled for May 2024.