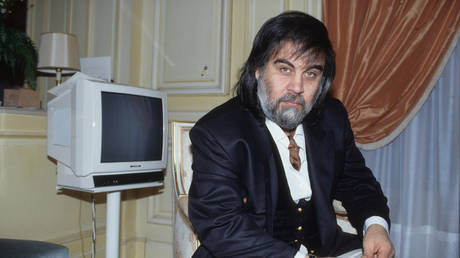 Businessinsider.co.za | The EU is drafting a plan to pay for Russian gas without violating sanctions, insiders say


The EU gets about 45% of its gas imports from Russia. (Image: Getty) The EU gets about 45% of its gas imports from Russia. (Image: Getty)

The European Union (EU) is drafting a plan to comply with Russian President Vladimir Putin’s demands to pay for the country’s gas in rubles without violating sanctions, sources told Bloomberg.

Sources in attendance at a closed European Commission meeting on Friday said new guidance would allow importers of gas to open a Russian state-owned Gazprombank account and pay in euros or dollars, which would then be converted to rubles by the bank.

According to Bloomberg, the sources said companies should make “a clear statement that they consider their obligations fulfilled once they pay in euros or dollars, in line with existing contracts.” The commission did not immediately respond to Insider’s request for comment outside normal working hours.

Putin is pushing for “unfriendly” countries to pay for gas in Rubles to maintain the strength of a currency that is being propped up by strict capital controls and high interest rates, threatening to cut off a line that supplies 45% of the EU’s gas imports.

The commission is now trying to find a way to satisfy Putin’s demands without technically breaching sanctions, with an indication that paying into a Gazprombank account in euros or dollars would be legally sound.

Buyers are required to set up two Gazprombank accounts: one in domestic currency and one in foreign currency. Paying in the domestic ruble would violate sanctions, though sources said it was unclear if the updated guidance would change this.

One of the sources told Bloomberg that Germany, Hungary, Italy, and France were broadly in favor of the plan, while Poland said it did not offer legal clarity, and others were confused by a lack of specific guidance.

Most EU countries have payment deadlines with Russia for gas imports at the end of the month, at which point failure to comply with Putin’s demands could see the taps turned off, as was the case with Poland and Bulgaria in April.

The bloc is reportedly preparing a € 195 billion (R3.3 trillion) plan to wean itself off Russian fossil fuels by 2027, according to draft documents seen by Reuters.