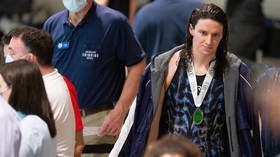 A superhero-resembling statue of Gagarin, a monument to a warmhearted Soviet policemen, a depiction of a brave young follower of the Red Army: RBTH unveils sightseeing ideas to liven up your stroll through Russia’s largest city

Moscow – like every grand city – is known for its monuments. They are hidden around every corner and the range of distinguished names is incredible: from the city’s founder Prince Yury Dolgoruky and the Soviet Union’s first leader Vladimir Lenin to famed Russian and foreign writers including Alexander Pushkin, Fyodor Dostoyevsky, Joseph Brodsky and James Joyce. But if you want to find something more extraordinary than a standard Tolstoy or Tchaikovsky statue, check out some unconventional options in RBTH’s special video guide.