Another Behind-the-Scenes Look at 'Nope' Shot with IMAX Cameras


Another Behind-the-Scenes Look at ‘Nope’ Shot with IMAX Cameras

“It’s a bigger adventure than I’ve ever tried to tell.” Universal has debuted yet another intriguing behind-the-scenes featurette for Jordan Peele’s movie Nopefollowing the other “Cinematic Event” featurette from a few weeks ago. This one focuses on the crew involved in pulling off this epic sci-fi spectacle, including a look at the IMAX (and 65mm) cameras they used to film this movie. As everyone knows from Christopher Nolan’s movies, IMAX cameras a much bigger and much more cumbersome, and require entirely different rigs. Nope’s cast features Daniel Kaluuya, Keke Palmer, Steven Yeun, Barbie Ferreira, Michael Wincott, Donna Millsand Terry Notary. The final trailer for Nope was also released a few weeks ago, but I know many are trying to steer clear of any spoilers or details about this before going in to watch. Peele has been working with DP Hoyte Van Hoytema, who has worked on Nolan movies before, and I can’t wait to see what they’ve put together for this. I really enjoy seeing a featurette entirely focused on the camera team.

Here’s the “It Takes a Village” featurette for Jordan Peele’s Nopedirect from Universal’s YouTube: 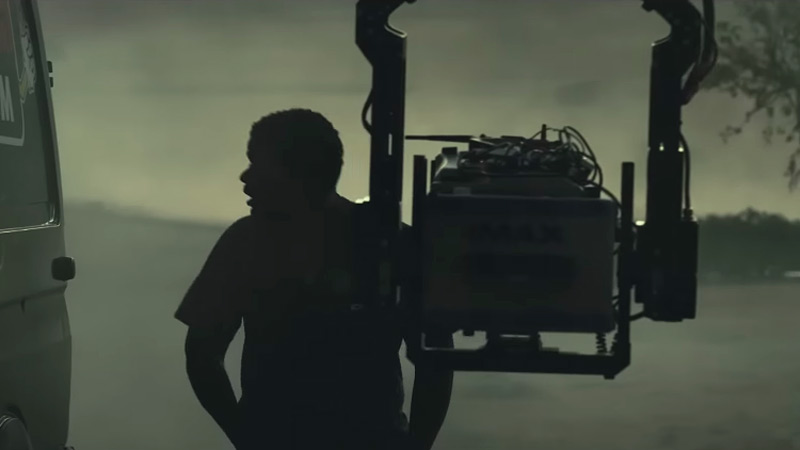 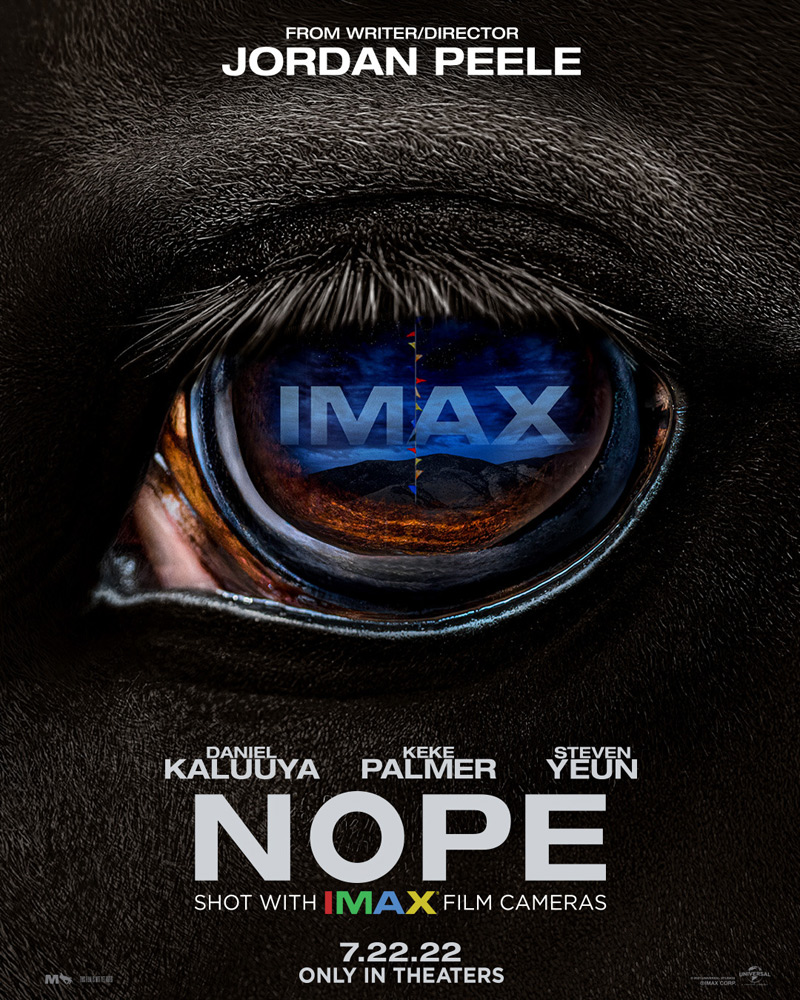 For more clues + updates on Nope’s release, visit @Nope_Movie on Twitter or @nopemovie on IG.

The film reunites Jordan Peele with Oscar winner Daniel Kaluuya, who is joined by Keke Palmer and Oscar nominee Steven Yeun as residents in a lonely gulch of inland California who bear witness to an uncanny and chilling discovery. Nope is both written and directed by American actor / comedian / writer / producer / filmmaker Jordan Peeledirector of the films Get Out and Us previously, as well as a producer on Keanu, Candymanand BlacKkKlansman; and he’s a producer on the TV series “The Twilight Zone”, “Lovecraft Country”, and “The Last OG” as well. It’s produced by Ian Cooper and Jordan Peele. Featuring cinematography by Hoyte van Hoytema, and music by Michael Abels. Universal will release Peele’s Nope in movie theaters nationwide starting July 22nd, 2022 coming up this summer. Who’s ready to watch this?