“Think about it statistically… how many people actually get shot by the cops?” Amazon Prime has debuted another new red band trailer for the indie film Emergencya dramedy from filmmaker Carey Williams from the 2022 Sundance Film Festival earlier this year. It was one of my favorite films of all the films in competition, a very smart and entertaining look at the life of two Black students in college dealing with a terrible situation. Ready for a night of legendary partying, three college students must weigh the pros and cons of calling the police when faced with an unexpected situation – they find a drunk woman passed out on their floor. Starring RJ Cyler & Donald Elise Watkins as Sean & Kunle, along with Sebastian Chacon, Sabrina Carpenter, Maddie Nichols, Madison Thompson, Diego Abraham, Summer Madisonand Gillian Rabin. Neither of these trailers really capture the vibe of this film, overplaying the party angle more than the honest truth of what they’re going through in this. Very good film, but these trailers ain’t it. 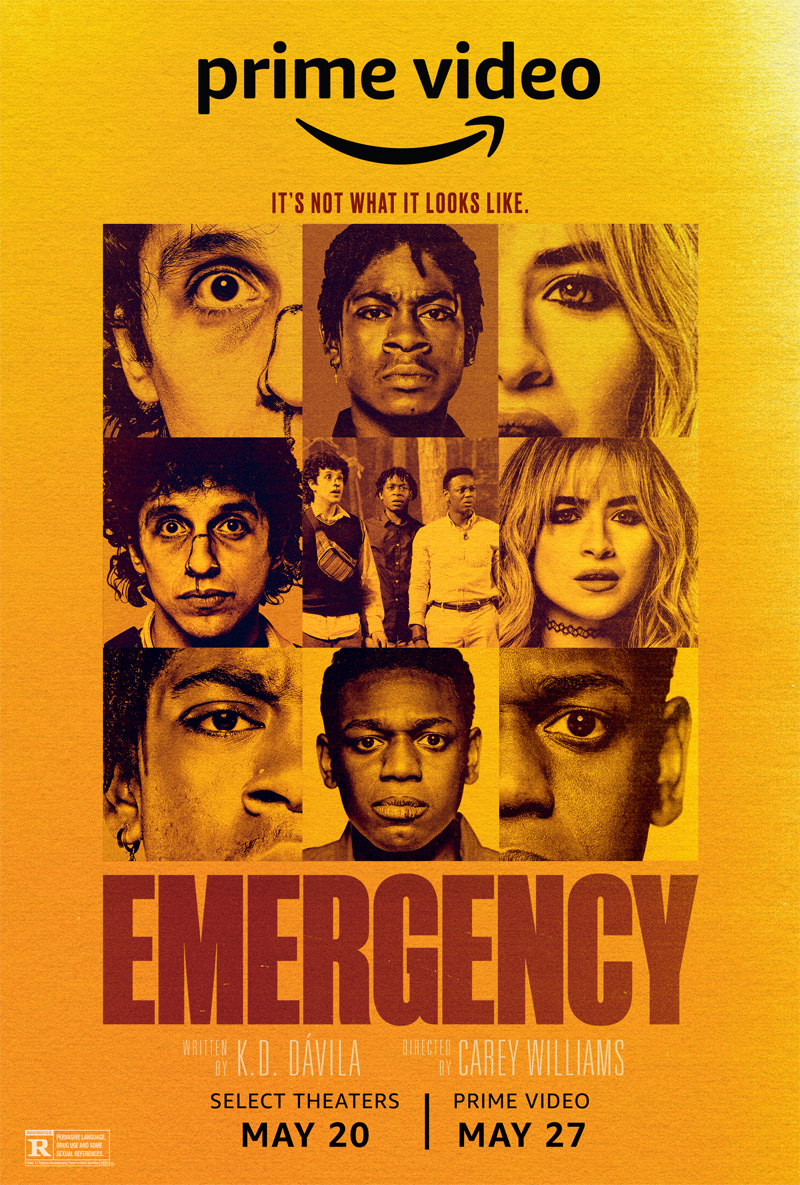 You can also watch the other official trailer for Williams’ Emergency film here for even more footage.

Straight-A college student Kunle and his laid-back best friend, Sean, are about to have the most epic night of their lives. Determined to be the first Black students to complete their school’s frat party legendary tour, the friends strap in for their ultimate assignment, Solo cups in hand. But a quick pit stop at home alters their plans when they find a white girl passed out on the living room floor. Faced with the risks of calling the police under life-threatening optics, Kunle, Sean, and their Latino roommate, Carlos, must find a way to de-escalate the situation before it’s too late. Emergency is directed by the American filmmaker Carey Williamsmaking his second feature film after directing R # J previously, as well as a number of shorts and TV work including on the series “The Process”. The screenplay is written by KD Davila. Produced by Marty Bowen, John Fischer, and Isaac Klausner. This film initially premiered at the 2022 Sundance Film Festival earlier this year, playing in the main competition. Amazon opens Williams’ Emergency in select US theaters on May 20ththen streaming on Prime Video starting May 27th, 2022 this summer. Planning to watch?